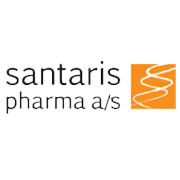 Santaris Pharma A/S, the Danish biopharmaceutical company, announced today that Søren Tulstrup, previously Vice President, Global Human Health at Merck & Co., Inc., has been appointed President & Chief Executive Officer, effective July 1, 2008. He takes over as CEO from Dr. Keith McCullagh, who is retiring but will remain a member of the Board of Directors of the Company.

Dr. Flemming 0rnskov, Chairman of the Santaris Pharma Board said:

“I am delighted to welcome Søren Tulstrup as our new CEO. We are very pleased to have an executive of Søren’s calibre joining Santaris Pharma to lead the Company through the next important stages of growth. He brings with him a broad and international pharmaceuticals experience, as well as proven leadership and strategic acumen, all of which will be invaluable in taking Santaris Pharma to the next level.”

While at Merck’s Global Human Health’s headquarters in New Jersey, US, Søren Tulstrup was responsible for the worldwide commercial launch of Janumet, Merck’s oral drug for Type II diabetes. From 2003 to 2006, he was the first Managing Director of Merck, Sharp & Dohme Ireland Ltd. (Human Health), which he built into a well-established subsidiary and one of the leading pharmaceutical companies in Ireland. Prior to that, from 1999 to 2003, he was Managing Director of Merck, Sharp & Dohme Denmark, a Merck subsidiary. From 1996 to 1999, Søren Tulstrup was Sales & Marketing Director of MSD Denmark.

Prior to joining Merck, Søren Tulstrup held management positions with Sandoz AG (now Novartis) in Basel, Switzerland and Abbott Laboratories in Copenhagen, Denmark. He holds a Master of Science degree in Economics and Business Administration from Copenhagen Business School and the JL Kellogg Graduate School of Management, Northwestern University, in Chicago.

Dr. Keith McCullagh, who hands over as CEO to Søren Tulstrup said:

“Over the last few years, Santaris Pharma has emerged as one of the world’s leading companies in the exciting new field of RNA medicines. Søren will bring a commercial dimension and international leadership to the company’s future growth and I wish him every success.”

“I want to thank Keith for many successful achievements, most notably building Santaris Pharma from its formation into a strong and cohesive company with a growing pipeline of RNA medicines in clinical trials. Keith also broadened the shareholder base, completed two financings and successfully positioned the Company and its LNA technology as a leader in the ever increasing competitive landscape of RNAi research.”

Santaris Pharma forward looking statements
This written announcement contains forward-looking statements, identified by the use of words such as “believes,” “expects,” “may,” “will,” “should”, “potential,” “anticipates,” “plans” or “intends” and similar expressions. Such forward-looking statements involve risks, uncertainties and other factors that may cause actual results, events or developments to be materially different from the future results, events or developments indicated in this announcement. Such factors include, but are not limited to the timing, success and cost of clinical studies; the ability to obtain regulatory approval of products, market acceptance of and future demand for Santaris Pharma products and the impact of competitive products and pricing. These factors should be considered carefully and readers are cautioned not to place undue reliance on such forward-looking statements. No assurance can be given that the future results covered by the forward-looking statements will be achieved. All information in this press release is as of the date of this press release and Santaris Pharma does not intend to update this information.

About Santaris Pharma’s Locked Nucleic Acid technology (LNA)
LNA is the first true conformational analogue of RNA (ribonucleic acid). The ribose sugar in LNA is ‘locked’ in the three-dimensional shape of RNA by virtue of its rigid bicyclic structure. The result is that when incorporated into oligonucleotides, LNA conveys dramatically enhanced binding affinity to complementary RNA sequences. Drug molecules with multiple LNA substitutions therefore have truly unprecedented potencies. The greater potency of LNA in binding complementary RNA sequences means that LNA oligonucleotide drugs can be made significantly shorter than previous antisense or siRNA drugs. These shorter RNA antagonist drugs are taken up efficiently by cells and tissues, thereby overcoming many of the delivery problems of RNAi to date. As LNA drugs are resistant to degradation when given systemically, have long tissue half lives, and are taken up readily by many tissues they have greater potency than other oligonucleotide chemistries.