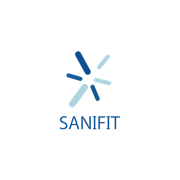 Dr Klassen brings nearly 14 years of industry experience to Sanifit and five years prior to this in Nephrology as a faculty member at Duke. He brings with him experience of taking a drug all the way through to approval at the FDA. In addition to his CMO role within the company, Dr Klassen will serve as President of the US subsidiary and his primary responsibilities will include leading the clinical development of SNF472 and enhancing the Company’s growing presence in the US. Dr Klassen is the first of the new hires planned by Sanifit as the Company establishes its US office based in San Diego.

Commenting on the appointment, Joan Perelló, CEO of Sanifit said,

“We are extremely fortunate to have someone of Preston’s experience join our leadership team. His first class operational and clinical development expertise in nephrology and cardiometabolic drug development, coupled with his leadership experience, will be invaluable in taking our lead product through to regulatory approval.

“Furthermore, we are very pleased to announce the opening of our US subsidiary, Sanifit Inc. The appointment of Preston and the opening of our new office in San Diego provide a robust platform for Sanifit’s growth strategy as we expand into the US.”

“I am excited to join the highly experienced team at Sanifit, and to assume responsibility for leading the development of its primary asset, SNF472, in the treatment of cardiovascular diseases linked to calcification, including patients with End Stage Renal Disease (ESRD) undergoing haemodialysis, for which there are currently no approved drugs, and the orphan drug program for calciphylaxis.”

The announcement follows the recent appointment of Keith R. Leonard, Former President & CEO of Kythera Biopharmaceuticals, to Sanifit’s Board of Directors.

Sanifit is a biopharmaceutical company focused on the development of SNF472. The company was founded in 2007 as a spin-off of the University of the Balearic Islands. SNF472 is an experimental drug for the treatment of cardiovascular diseases linked to calcification in the End Stage Renal Disease population undergoing haemodialysis. Sanifit has completed phase 1a studies with healthy volunteers in 2014. It is currently concluding a phase Ib/IIa study in haemodialysis patients. After a recent series C funding round of $41.3M (€36.6M), Sanifit will start a phase IIb study in ESRD and extend the orphan program in calciphylaxis into phase II/III clinical trials. For more information please visit www.sanifit.com.