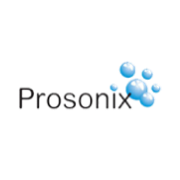 OXFORD, UK – Prosonix, an innovative speciality pharmaceutical company developing a portfolio of inhaled Respiratory Medicines by Design, announces that its Marketing Authorisation Application (MAA) for PSX1001 has been validated and is being assessed under the Decentralised Procedure (DCP), in which the UK’s Medicines and Healthcare Products Regulatory Agency (MHRA) is the Reference Member State. Prosonix has submitted the primary MAA under the DCP and a simultaneous duplicate MAA on behalf of Mylan Inc.

The MAA submission for PSX1001 leverages the EU regulatory guideline CPMP/EWP/4151/00 Rev. 1 that potentially allows the approval of generic inhaled products on the basis of in vitro only demonstration of therapeutic equivalence of the candidate to the reference product.

The achievement of this milestone has triggered a payment from Mylan under the terms of the licensing agreement for Prosonix’ inhaled respiratory products, PSX1001 and PSX1050, announced in April 2014.

PSX1001 and PSX1050 are the first products to emerge from Prosonix’s innovative and proprietary particle engineering platform, and are being developed as generic versions to GSK’s pressurised metered dose inhalers (pMDI) Flixotide® (EU and ROW) and Flovent® (US), respectively. Flixotide and Flovent contain the active ingredient fluticasone propionate, a potent inhaled corticosteroid, and are indicated for the treatment of asthma. According to IMS Health, Flixotide and Flovent had global brand sales of approximately $1.3 billion in 2013.

“The achievement of this key milestone is a landmark event for Prosonix. Our MAA for PSX1001 is the first of our product pipeline to be reviewed under the EU regulatory guidelines that allow the potential approval of generic inhaled products based on in vitro data alone. We are excited to be able to use this regulatory approach to deliver our strategy, consistent with the new Global Initiative for Asthma (GINA) management and prescribing guidelines which we believe are set to dominate the reimbursement and payer agenda for the foreseeable future.”

Under the terms of the global licensing agreement signed by Prosonix and Mylan, Prosonix are responsible for filing PSX1001 in the EU and retain marketing rights in certain territories. Mylan has marketing rights for PSX1001 and PSX1050 in the U.S., Canada, Australia, New Zealand, India, Japan, the EU, Iceland, Liechtenstein, Norway, Switzerland, Turkey, Russian Federation and the Commonwealth of Independent States. All other terms of the agreement remain confidential.

Asthma is a chronic disease of the air passages of the lungs causing inflammation and a narrowing of the airways that reduces the flow of air into and out of the lungs. According to the World Health Organization approximately 235 million people worldwide suffer from asthma currently with a further 100 million patients forecast by 2025. It is a common disease among children. The strongest risk factors for developing asthma are inhaled substances and particles that may provoke allergic reactions or irritate the airways. Medication can control asthma and current standard of care (SoC) includes inhaled corticosteroids (ICS) and long-acting beta-2 agonists (LABAs), alone or in combination. Appropriate management of asthma can enable people to enjoy a good quality of life.

Prosonix is an innovative speciality pharmaceutical company developing a portfolio of inhaled Respiratory Medicines by Design. Its investors include Entrepreneurs Fund, Gilde Healthcare, Gimv, Quest for Growth, Solon Ventures and Ventech.
Prosonix’ proprietary particle engineering technology enables it to design and engineer mono and combination drug particles that precisely meet the specific requirements for inhalation, delivering assured formulation performance using simple, cost-effective devices for a range of generic, super-generic and novel products.
Prosonix’ pipeline focuses on near- and long-term opportunities, and is further complemented by a select number of partnered respiratory programmes. The in-house pipeline includes:

Global Initiative for Asthma (GINA) Guidelines – Updated July 2014
Evohaler® Flixotide®, Flovent®, Seretide® and Serevent® are trademarks of the GlaxoSmithKline group of companies.
Spiriva® is a trademark of Boehringer Ingelheim.