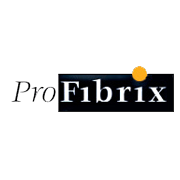 LEIDEN, THE NETHERLANDS and SEATTLE, US – ProFibrix B.V., a leader in the development of innovative products that help stop bleeding (hemostasis) after surgery, today announced the successful closing of a series B follow-on financing. In conjunction with the financing and to support the company’s next stage of development towards commercialization, ProFibrix also announced several management and Supervisory Board appointments.

The Supervisory Board will be chaired by independent director Leonard Kruimer, Chief Financial Officer of Crucell. Over the past decade, Mr. Kruimer has been instrumental in building Crucell from an entrepreneurial start-up into a global vaccine company, taking the company public and leading a number of large and successful M&A transactions. Also joining the Supervisory Board as an independent director is Vic Schmitt. Mr. Schmitt has been a long-time senior executive at Baxter International, a key player in the hemostasis market, where he last served as President of Venture Management.

In addition to these high profile appointments to the Supervisory Board, Jan Ohrstrom, has been named Chief Executive Officer. Before joining ProFibrix, Dr. Ohrstrom was a senior executive at ZymoGenetics, where he was responsible for the development of several products, and a member of the team that took the company public. Dr. Ohrstrom started his career at Novo Nordisk. Jaap Koopman, founding CEO of ProFibrix, will become Chief Scientific Officer.

In addition to the private funding the company was awarded a government credit, bringing the total new funds available to the company for the progression of Fibrocaps™ to EUR 15 million (USD 22 million). New investors Vesalius Biocapital and INKEF Capital co-led the financing round, while existing investors Index Ventures and Gilde Healthcare Partners also participated.

The proceeds of the financing will be used to progress the company’s lead product Fibrocaps into late stage clinical development, as well as to support the company’s other pipeline programs. Fibrocaps is currently being investigated in a prospective, multi-center Phase II study in multiple surgical indications at up to 20 sites, including major U.S. and Dutch academic medical centers. If this study confirms the positive results of the first Phase II trial, ProFibrix anticipates initiating a pivotal Phase III trial in early 2012, and file for approval by the U.S. Food and Drug Administration in early 2013.

Fibrocaps is based on a mixture of two essential blood clotting proteins, fibrinogen and thrombin, and is a unique dry powder topical tissue sealant that rapidly stops bleeding after or during surgery. Fibrocaps has major advantages over existing liquid tissue sealants: it is ready for immediate use, is stable at room temperature, highly effective and fast acting.

ProFibrix (www.ProFibrix.com) was founded in 2004 and is headquartered in Leiden, The Netherlands, with a subsidiary in Seattle, WA, USA. The company leverages its expertise in fibrinogen technology to develop and market innovative products for the hemostasis and regenerative medicine markets. Human fibrinogen plays a pivotal role in blood clotting and tissue healing. ProFibrix is led by a team with extensive commercial, clinical and scientific experience in the hemostasis field.

Netherlands-based Gilde Healthcare Partners is a transatlantic venture and growth capital firm focused on private healthcare technologies and services. It has over €400 million under management and is actively looking to lead new investments in therapeutics, diagnostics, medical devices and services. Gilde successfully builds healthcare businesses across Europe and US, investing up to €15 million in a single portfolio company. By investing in companies with clear, achievable business models, Gilde has used its financial resources and network to create significant value for both its investors and the entrepreneurs it backs. For a list of Gilde’s portfolio companies please visit the website at www.gildehealthcare.nl.