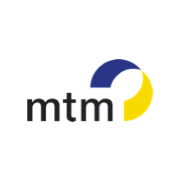 Results Published in the American Journal of Clinical Pathology

In the study, a Pan-European Trial in Histology, community based pathologists made independent diagnoses on a set of 500 H&E-stained cervical biopsy specimens. Results were compared to a Gold standard established by three gynecological pathology experts as consensus diagnoses. When p16 immunostained slides were added and conjunctively interpreted with the H&E stained slides, a significant increase in diagnostic accuracy for the detection of High Grade Cervical Intraepithelial Neoplasia was observed. Further, there was a significant improvement in inter-observer agreement in the diagnosis of high grade disease.

“CINtec p16 immuno staining delivers  a highly reliable and specific stain. The results of this study confirm that the conjunctive interpretation of p16 stained slides could significantly improve the routine interpretation of cervical histopathology”

said Dr. Christine Bergeron, Director of the Pathology Department at Laboratoire Cerba in France and lead investigator for this study.

“In clinical settings p16 is proving to be invaluable for pathologists for distinguishing between disease and non-disease. Immunostaining of p16 may help to avoid the false positive cases that result in unnecessary treatment. At the same time, screening for p16 will also help avoid false negative cases that may prevent women from receiving treatments  to ensure positive outcomes.”

“A significant issue exists with the accuracy for making the final diagnosis for cervical disease.  Cervical cancer is a preventable disease as long as there is early therapeutic intervention. Tools that increase the accuracy of diagnosis will allow for both reducing missed disease, and avoiding the unnecessary treatment of women. CINtec Histology p16 immuno- staining increases the accuracy and reliability of the diagnosis of high grade pre-cancerous disease.”

mtm laboratories AG is an ISO 9001 and ISO 13485 certified developer and manufacturer of In-Vitro Diagnostic Devices (IVDD) for use in the early detection and diagnosis of cervical cancer. The Company operates on a global basis with headquarters in Heidelberg, Germany and subsidiaries in the United States, France, Italy and Spain. Further information can be found at: www.mtmlabs.com.