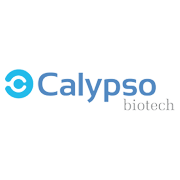 Dose-escalation study to evaluate safety, biological and early clinical effect of CALY-002 in healthy volunteers and patients with Celiac Disease and Eosinophilic Esophagitis

“CALY-002 is the lead program of our differentiated pipeline of IL-15-targeting biologics, that we plan to investigate in multiple auto-immune diseases. CALY-002 has an unique mode of action which translates into potent biological activity in vivo and is expected to show superior clinical efficacy in patients”, says Alain Vicari DVM, PhD, Chief Executive Officer of Calypso Biotech. “IL-15 is a key target in auto-immune diseases. IL-15 controls unique immune pathways such as Natural Killer cells and Memory T cells critically involved in disease onset and maintenance, as well as tissue destruction, in addition to its broad effect on inflammation”, adds Yolande Chvatchko PhD, Chief Scientific Officer of Calypso Biotech.

Calypso Biotech has elected Celiac Disease and Eosinophilic Esophagitis to evaluate the biological and clinical efficacy of CALY-002. Celiac Disease and Eosinophilic Esophagitis are two diseases with high unmet medical need where IL-15 causes inflammation, and tissue destruction. “I am excited that this trial will inform about the safety, pharmacokinetic and pharmacodynamic of single and multiple administrations with CALY-002 in highly relevant populations.” comments Josefin-Beate Holz, MD, Chief Medical Officer of Calypso Biotech.

More information on the trial can be found: https://clinicaltrials.gov/ct2/show/NCT04593251

About Celiac Disease and IL-15

Celiac Disease is a serious autoimmune disease that occurs in genetically predisposed people where the ingestion of gluten, a protein found in wheat, barley, and ryeand derived products, leads to damage in the small intestine. It is estimated to affect 1 in 100 people worldwide. Celiac Disease can cause symptoms including abdominal pain, diarrhea, nausea, and vomiting. Long-term complications of Celiac Disease may include malnutrition, accelerated osteoporosis, nervous system problems and problems related to reproduction. Currently the only available treatment for patients with Celiac Disease is maintaining a gluten-free diet, which involves strict, lifelong avoidance of exposure to gluten. IL-15 has been singled out as a major driver of Celiac Disease for a long time, yet there are no IL-15-targeting drug available to address this important medical need.

About Eosinophilic Esophagitis and IL-15

Eosinophilic esophagitis (EoE) is a chronic, life-long immune-mediated disease of the esophagus (the tube connecting the mouth to the stomach) triggered by food antigens in atrisk individuals. This damage makes eating difficult or uncomfortable, potentially resulting in poor growth, chronic pain, and/or difficulty swallowing. It may evolve into a fibrotic process that causes a narrowing of the esophagus and can provoke food impaction, requiring a surgical procedure to remove the food and/or dilate the esophagus. Although still an orphan condition in Europe and the USA (CALY-002 has received Orphan Drug Designation for the treatment of EoE), doctors are seeing more and more children and adults suffering from EoE. The only medical treatment approved for EoE to date, in Europe, is a local formulation of immune – suppressive corticoids. While long attributed to the presence of eosinophils alone, it is now clear that EoE is driven by other factors, many demonstrated by Calypso Biotech to be controlled by IL-15.

Calypso Biotech BV is a private biotechnology company leveraging its unique knowledge of IL-15 biology into the development of medical breakthroughs. Calypso Biotech was established as a spin-off by the healthcare business of Merck, founded by Alain Vicari, Yolande Chvatchko and M Ventures, and is headquartered in Amsterdam, The Netherlands. Calypso Biotech is also a Resident Company of Johnson & Johnson Innovation – JLABS in Beerse, Belgium (JLABS @ BE). For more information, please see www.calypsobiotech.com or contact info@calypsobiotech.com