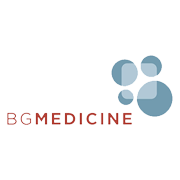 Waltham, Mass. and Maastricht, The Netherlands. BG Medicine, Inc. (BG Medicine) and ACS Biomarker B.V. (ACS Biomarker) today announced that they have entered into an agreement pursuant to which BG Medicine obtained rights to develop and commercialize a novel clinical diagnostic test for acute atherothrombosis based on a biomarker discovered by the Cardiovascular Research Institute Maastricht (CARIM). Under the terms of the agreement, ACS Biomarker has granted BG Medicine exclusive, worldwide commercial rights to pursue the development, validation, regulatory approval and commercialization of diagnostic tests based on the biomarker discovered by CARIM, in exchange for milestone payments, royalties based on net sales and sublicensing income of any products commercialized under the license.
Atherothrombosis occurs when vascular plaque ruptures leading to thrombosis, or clotting, in the affected artery, which in turn can progress to life-threatening conditions such as heart attacks and stroke. The underlying condition is usually asymptomatic until the presentation of a serious or life-threatening event, resulting from the rupture.
The novel test that BG Medicine expects to develop aims to use the biomarker discovered by CARIM to identify plaque rupture in patients early, for instance, when the blockage is temporary or not complete and has not yet caused the common signs and symptoms of heart attack or stroke.

Specifically, the test aims to aid in the diagnosis of less severe or transient conditions such as Transient Ischemic Attacks (TIAs), cerebrovascular disorders that are often considered “warning-strokes” which produce stroke-like symptoms, and unstable angina, which is the sudden increase of blockage in a coronary artery caused by a blood clot. These conditions are often precursors to heart attacks, strokes or other major cardiac events. For example, a TIA is followed by a stroke in 10% of patients within 90 days after the TIA. The test may also provide reliable data in the early hours following a heart attack when current tests are not reliable.

– END –
About Biomarkers
A biomarker is one or more biological characteristics that are objectively measured and evaluated as an indicator of normal biological processes, pathogenic processes or pharmacological responses to a therapeutic intervention, such as the administration of a drug. Since biomarkers correlate with an underlying process within the body, tests to measure biomarkers can be used effectively to inform physicians on treatment decisions. A molecular diagnostic test is a product based on these biomarkers that is intended to provide information to physicians that will improve patient treatment decisions.

About ACS Biomarker
ACS Biomarker b.v. is a spin-off from the University of Maastricht and the technology transfer organization BioMedbooster. ACS Biomarker was established for the development and commercialization of cardiovascular biomarkers discovered at CARIM. ACS Biomarker draws upon a proprietary large scale lead-identification strategy to identify novel markers to serve as molecular probes of early vascular and cardiac disease. ACS Biomarker aims to be the first in delivering clinical proof for novel biomarkers that can help the physician to recognize disease before their patient does.

About BG Medicine
BG Medicine is a life sciences company focused on the discovery, development and commercialization of novel molecular diagnostics based on biomarkers to improve patient outcomes and contain healthcare costs. BG Medicine discovers biomarkers and is developing its diagnostic product candidates using its proprietary, versatile, and scalable technology platform, which integrates and automates the precise measurement, analysis, characterization and interpretation of proteins and metabolites collected from bodily fluids.