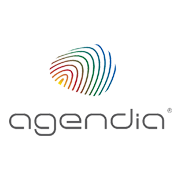 IRVINE, CA, and AMSTERDAM, THE NETHERLANDS – Agendia, a world leader in molecular cancer diagnostics, announced today that it has established a contract with leading insurance provider Humana to reimburse for the company’s MammaPrint test.  Agendia’s contract with Humana expands the coverage for MammaPrint by more than 17 million lives.  In November 2009, Palmetto GBA, California’s Part B Medicare administrator, established coding guidelines for MammaPrint, allowing healthcare providers from across the United States to submit claims for the test.  MammaPrint is the first and only FDA-cleared breast cancer recurrence test available and has been reimbursed by payors since 2008.

“Humana is dedicated to advancing excellence in healthcare delivery on behalf of its members.  This commitment to quality care and patient safety has now led Humana to include MammaPrint in its medical benefit management program,”

“We are proud that Humana is offering its members coverage for the only gene expression test for breast cancer recurrence which has been cleared by the FDA.”

MammaPrint is the first and only breast cancer recurrence test cleared by the U.S. Food and Drug Administration (FDA). FDA clearance requires clinical and analytical validation and reporting systems to ensure patient safety issues are addressed.  Highly accurate, MammaPrint identifies patients with early metastasis risk — patients who are likely to develop metastases within five years following surgery.  Several authoritative studies have shown that chemotherapy particularly reduces early metastasis risk.  In planning treatment, the MammaPrint test results provide doctors with a clear rationale to assess the benefit of chemotherapy in addition to other clinical information and pathology tests.  All MammaPrint tests are conducted in Agendia’s CAP-accredited and CLIA compliant service laboratories.

Agendia is at the forefront of the personalized medicine revolution, striving to bring more effective, individualized treatments within reach of patients. Building on a cutting-edge genomics platform for tumor gene expression profiling, the company’s tests help physicians more accurately tailor cancer treatments.  Agendia markets four products, with several new genomic tests under development. In addition, Agendia collaborates with pharmaceutical companies to develop highly effective personalized drugs in the area of oncology. Agendia is based in Irvine, California, and in Amsterdam, the Netherlands.