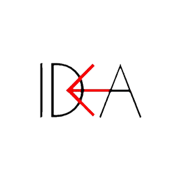 Munich, Germany – IDEA AG has recently presented results of a US phase III, 12-month clinical safety and efficacy study of Diractin® (ketoprofen in Transfersome® gel, formerly known as IDEA-033) in patients with osteoarthritis of both knees in comparison to oral naproxen (Study CL-033-III-05) at the American College of Rheumatology (ACR) Annual Scientific Meeting.

This is the first time that 52-week efficacy and safety data comparing orally and locally applied NSAIDs is reported. The multi-center, randomised, double-blind, double-dummy, active controlled study had enrolled 349 patients with osteoarthritis of both knees. Patients were either treated with 100 mg ketoprofen in Diractin® per knee applied epicutaneously twice daily, or with 500 mg oral naproxen twice daily over a treatment period of 12 months. The primary efficacy endpoints were the final change from baseline for the WOMAC pain subscale, the WOMAC physical function subscale and the final Subject Global Assessment of Response to Therapy.

The results of the intent-to-treat (ITT) analysis proved statistically non-inferiority of Diractin® versus oral naproxen for all three primary efficacy endpoints, i.e. pain, physical function and subject’s global assessment of response to therapy. In the per-protocol (PP) analysis there is even a trend for superiority of the Diractin® group for both, pain (p = 0.0493) and physical function (p = 0.0457), as compared to oral naproxen. Non-inferiority of Diractin® versus oral naproxen was also shown for secondary efficacy endpoints. No substantial differences were found for responder rates (according to OMERACT-OARSI) in the Diractin® (77.1%) and in the oral naproxen group (81.2%). In addition, there were no substantial group differences with regard to the mean number of used rescue medication for the Diractin® (mean 0.09) and the oral naproxen group (mean 0.12).