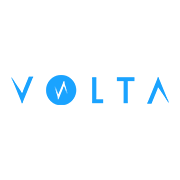 Marseille (France) – Utrecht (the Netherlands) – Volta Medical, a French-based HealthTech startup, pioneering novel artificial intelligence (AI) algorithms to treat cardiac arrythmias, today announced that it has successfully raised an 28 million USD financing round led by Gilde Healthcare. The new capital will allow the company to establish its revolutionary FDA-cleared and CE marked VX1 AI software solution as a new standard of care, pursue further R&D activities and start to roll out commercial activities across the US and Europe. Recruitment for TAILORED-AF, an international multicenter trial has already started. Volta Medical will be welcoming two new Board members. Janke Dittmer, General Partner at Gilde Healthcare, has been nominated as a board member and former medical device industry top executive, Denis Gestin, as an independent board member.

AF affected approximately 6 million patients in the US in 2019 and is estimated to double by 2060. 120,000-215,000 new cases are projected to occur in this part of the world each year reaching a total AF patient population level of 14-17 million. After developing the first commercially available AI software to help electrophysiologists improve management of cardiac arrythmias, Volta Medical is now preparing to transform the way ablation procedures will take place in the future.

About atrial fibrillation (AFib or AF)

AF can be considered an “electrical storm” in the atria in which all synchronized activities have disappeared, and the necessary coordination of the contraction stops. This can lead to a number of symptoms including palpitations, shortness of breath, and in some patients, heart failure. AF is also a major risk factor for stroke, as stagnant blood in the atrium during AF may lead the formation of a clot, that can migrate to the brain.

AF affected approximately 6 million patients in the US in 2019 and is estimated to double by 2060. 120,000-215,000 new cases are projected to occur in this part of the world each year reaching a total AF patient population level of 14-17 million. A study in the UK concluded that AFib is an extremely costly public health problem. Evidence suggests a higher prevalence of AFib in patients with hypertension, heart failure, coronary heart disease, obesity, diabetes. In addition, recent studies show that 20-30% of patients with ischemic stroke have had AFib before, during or after the initial event. AF increases the likelihood of stroke by four to five times and AFib-induced strokes that are generally associated with more severe damage.

For more information, visit the company’s website at www.volta-medical.com.

About the VX1 AI software

VX1 consists of a highly innovative AI algorithm that is compatible with most readily available multipolar catheters and technologies currently used in operating rooms or electrophysiology labs. The VX1 software analyzes the patient’s electrograms in real-time to identify specific electrograms known as dispersed electrograms. It also provides a cycle length estimation from electrograms recorded with the mapping and the coronary sinus catheters.

The clinical significance of utilizing the VX1 software to help identify areas with intra-cardiac atrial electrograms exhibiting spatiotemporal dispersion for catheter ablation of atrial arrhythmias, such as atrial fibrillation, has not been established by clinical investigations.

VX1 is a medical device which is FDA cleared and has a CE mark.