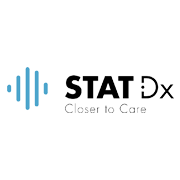 The European Investment Bank (EIB), the EU bank, is supporting the improvement of infectious diseases diagnostics through a EUR 20 million loan agreement signed today with STAT-Dx (STAT-Diagnostica & Innovation, S.L), a Spanish start-up based in Barcelona developing a new molecular diagnostics device capable of identifying a wide range of infectious pathogens, such as meningitis, respiratory or gastro-intestinal infections in about one hour. STAT-Dx’s technology enables clinicians to test simultaneously for the presence or absence of multiple pathogens caused by or associated with specific syndromes, allowing faster diagnostics and improving survival rates in “near-to-care” environments such as intensive care units and emergency rooms.

The EIB loan was signed today at the EU Innovative Enterprise Summit held in Malta and attended by EIB Vice-President for Innovation Ambroise Fayolle. It will be drawn down in two tranches over a three-year period, with full repayment on the maturity date five years ahead. This agreement will serve to co-finance a three-year project aimed at enabling faster and more accurate diagnostics that will replace current complex protocols to obtain analytical results. The DiagCORE system developed by STAT-Dx is a cartridge based single-test solution. By providing instant available results this new technology will enable immediate and well informed medical decisions to be made. The CE-marking of DiagCORE with a respiratory panel application is planned by the end of 2017.

“We are pleased to have received this loan from the EIB, which brings together the strength of public and private financing to accelerate the development and commercialisation of novel diagnostic technologies,” said Jordi Carrera, Chief Executive Officer of STAT-Dx.

“The InnovFin Programme helps bridge an important gap for innovative companies like STAT-Dx, from early market introduction to commercialisation, which is key to fostering a strong and vibrant industry in Europe that can compete on the global stage.” Didier Le Normand, Chief Financial Officer of STAT-Dx added: “EIB joins as a new reputable financing partner to bring STAT Dx, alongside its strong and supportive shareholder base, additional resources for its next stage development”.

Moximed, a medical device company on a mission to improve the standard of care for people with knee osteoarthritis (OA), today announced $40 million in Series C equity and debt financing. The round was led...